SOME CRAZY IDEAS ARE ELEGANT IN PRACTICE

Some crazy ideas are elegant in practice

In my SIGCHI Communication Ambassador’s role, I have attended multiple HCI related events. While in such conferences as AutoUI and ISS the majority of people are familiar with SIGCHI and its work, attendees of other venues do not always know it, even though their achievements might be very relevant to the CHI community. On the other side, HCI researchers from the SIGCHI community, might find such events irrelevant. Conferences that I would like to highlight in particular, are SIGGRAPH and SIGGRAPH Asia. Despite the main focus lying in the field of Computer Graphics, these venues are filled with exciting interactive demos worth exploring for every CHI researcher.
The demo sessions at SIGGRAPH gather thousands of people fascinated about HCI. For instance, Serana B. from Italy has described the Emerging Technologies Hall and the VR Village as “awesome places for receiving new input about new application of technology” and the experiences gained there as “inspiring to dig deeper and explore new fields”. The thing Michelle W. from the USA loved about the interactive demos the most is that they have opened her eyes to a world of storytelling that exists beyond the confinements of a 2D screen. “They augment my five senses beyond the human limitations with haptics, virtual/augmented reality, robotics, and more” says Michelle. Finally, demos at SIGGRAPH can even make one consider things they didn’t know were possible. Here is how Bektur R. from Japan described his experience with the Studio venue: “Have you ever considered buying a 30L canister of liquid nitrogen just to prove a point? Authors of a Studio demo at SIGGRAPH ’17 had, and it turns out you can use it in building adaptive 3D figures that float via principle of magnetic levitation. If it wasn’t for SIGGRAPH demos, I would have never thought that such a crazy, in theory, idea is actually quite elegant and useful in practice.” 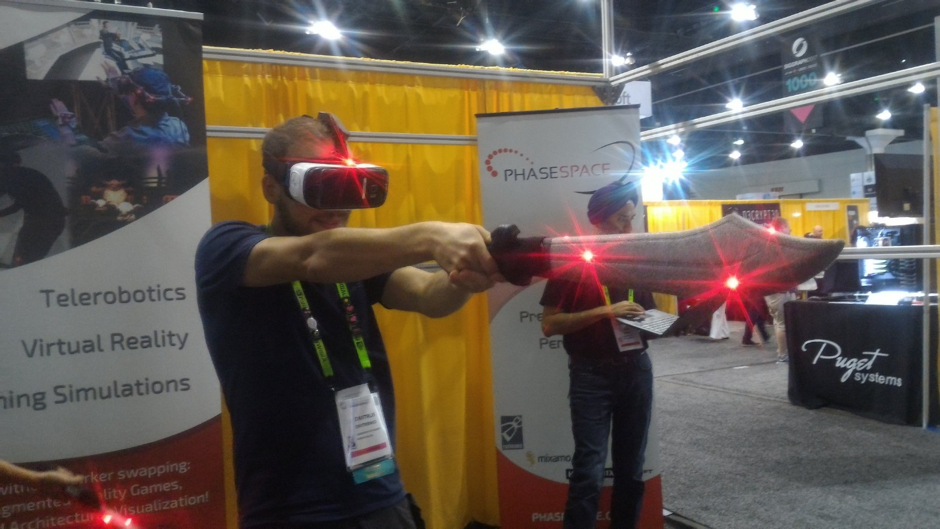